Topics regarding the online game Nostale.
Locked
4 posts • Page 1 of 1

An old game I hacked a while ago caught my interest again since I had some minor free time the other night and was looking for another game to hack / mess around with. So I decided to take a look again and make a hook for it as well. This is a thread I'll be using to post out status updates and such about the progress of the hook.

This hook is similar to my other projects in that it includes: Some screenshots of the progress so far: 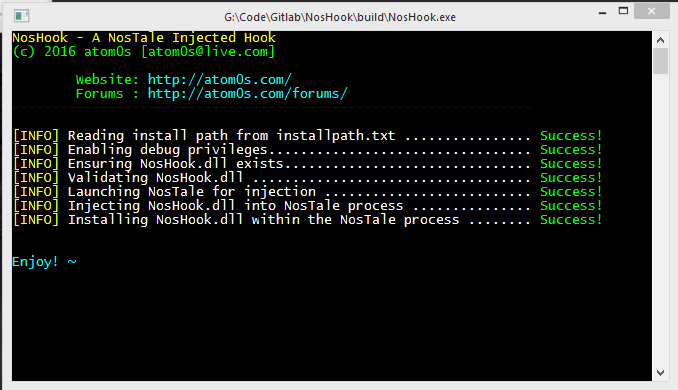 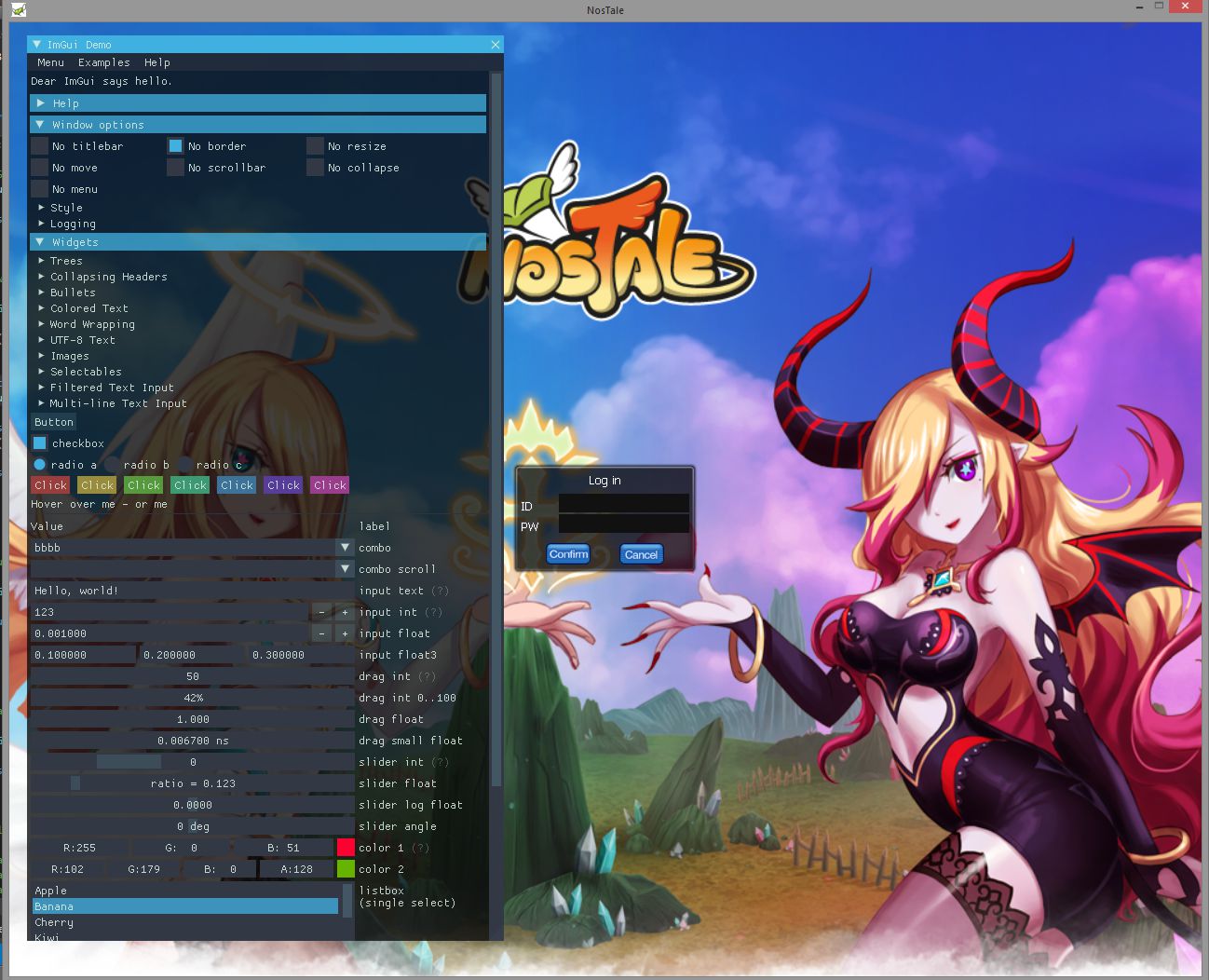 The ingame console is being handled via ImGui with some custom tweaks to make it work more like a normal game console:

Commands are prefixed with '/' and handled by the hook internally. Plugins and addons both have access to handle the commands as they come in.

A handful of commands are already implemented for various things.
Derp~
Need a great web host? Check out: AnHonestHost.com

Plugin interface is done and working today. I have the Addons plugin fully done and working as well along with an example plugin and example addon written up demonstrating some basics. Tonight I spent some free time cleaning up the code, going through things in a minor code review to ensure everything is cooperating nicely and working as expected. Logging has been adjusted a bit to work better. Tonights change log so far:

Part 1 Part 2 Part 3 Known Issues
- Nostale does not call Reset on the device to resize it. Instead, they completely destroy the device and recreate it. This causes NosHook to reload everything due to how it works. As long as you stick to one resolution you will never see any issues. For those that swap resolutions often, it may become annoying.
Derp~
Need a great web host? Check out: AnHonestHost.com

Some more updates this morning, I should hopefully have a beta package ready soon.


Donations can be made via Paypal:
https://www.paypal.me/atom0s
Top
Locked
4 posts • Page 1 of 1

Users browsing this forum: No registered users and 3 guests